NOTE:  THIS PAGE WAS LAST REVIEWED ON 1/25/2019 AND WILL NO LONGER BE UPDATED.
(We recommend to visit here for further information and books on our orbs research)

Feature Article:     The Orb Phenomenon: Bridging to the World Beyond?   In "LIGHT" (2013) by The College of Psychic Studies, UK
Online Seminar:     Great Mystery Online Seminar   "ORBS, PSYCHO-ENERGETICS, and SUBTLE ENERGIES: What do we see, what do we learn?"
TV-Interview:         Alpenparlament.TV (in German) 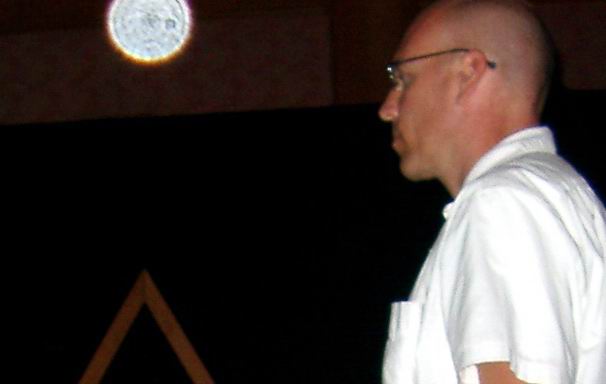 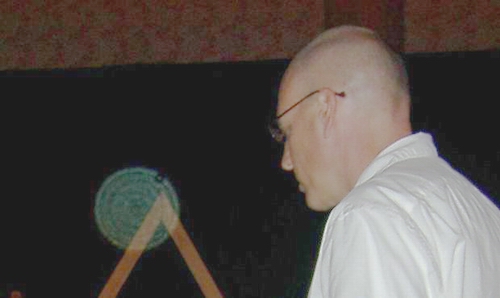 Pictures taken within a few seconds; same camera position; a different orb is shown in the right picture at a different location. Right image was electronically enhanced.

This is how it got started: We took the above photographs in September 2004 at a spiritual retreat. The exposures were just a few seconds apart. There was no change in camera settings or lighting in the room. The bright mandala-like feature in the left picture, and the less luminous circular feature in the right image at the top of the triangle were not observable with the bare eye in the room.
Thousands of orb photos later, and extensive research on the subject, I have come to the following explanations of the phenomenon.

Orbs are not explainable with conventional physics (Authenticity of Orb Photos )

They can move extremely fast ( possibly at unlimited speed )

They have individualistic features and may have "faces"

They -- i.e., the beings they emanate from -- can follow instructions (Stereo-Photography with Orbs )

They appear to be highly intelligent

The results are summarized in these books: 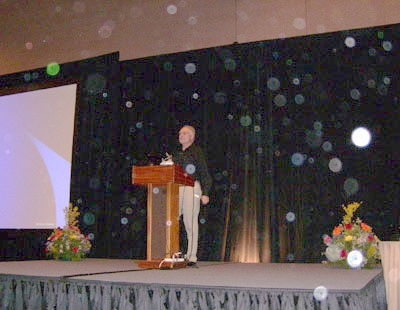 Above picture taken at the "Orbs: Interacting with Other Realms" Prophets Conference at Palm Springs, CA, 21-23 March 2008 by a conference participant (Linda Horton), during the presentation of Klaus and Gundi Heinemann. (Right: cropped section of left picture, showing two large very bright orbs and one smaller one).
The text of the slide shown at the moment when the picture was taken reads: "(It is in everyone of us to be wise ...) ... and to work cooperatively for unity and the well-being of all."

Picture on right taken by Amanda Bayer at the "Orbs" Prophets Conference at Palm Springs, during the presentation of Klaus Heinemann.

" The Orb Phenomenon: Bridging to the World Beyond?"   In "LIGHT" (2013) by The College of Psychic Studies, UK

" Orbs - Online Seminar"  (ORBS, PSYCHO-ENERGETICS, and SUBTLE ENERGIES: What do we see, what do we learn?)

"Is This the Proof that Spirits do Exist?" (Article on Klaus' work in Healthy Wealthy n'Wise, written by Hazel Courtney, October 2007)

"Orbs: Emanations from Spirit Beings?" (Keynote Presentation by Klaus at Orbs: What Is Going On? The Prophets Conference Sedona, AZ, 5/4-6/2007) 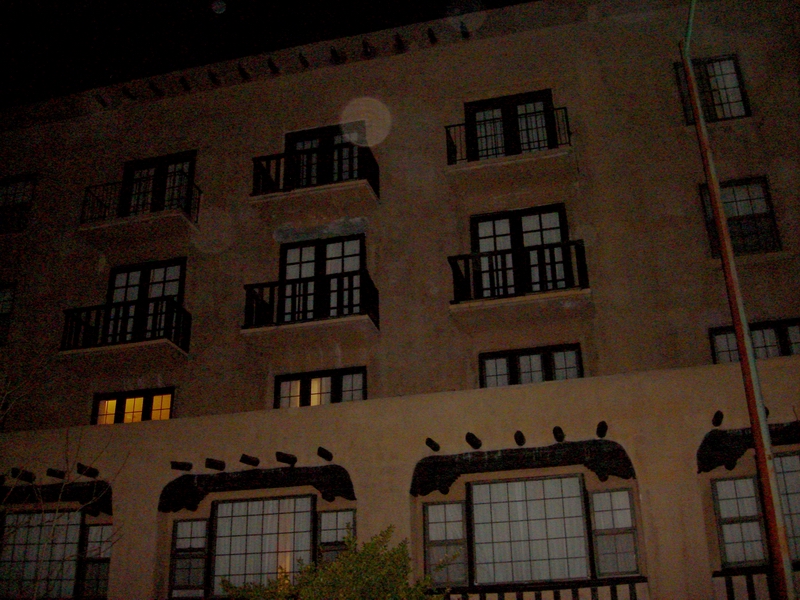 Picture taken on 3/26/2008 immediately after a 2-hour live radio interview at the La Fonda Hotel in Santa Fe, N.M. The orb is positioned at the exact location of our hotel room. 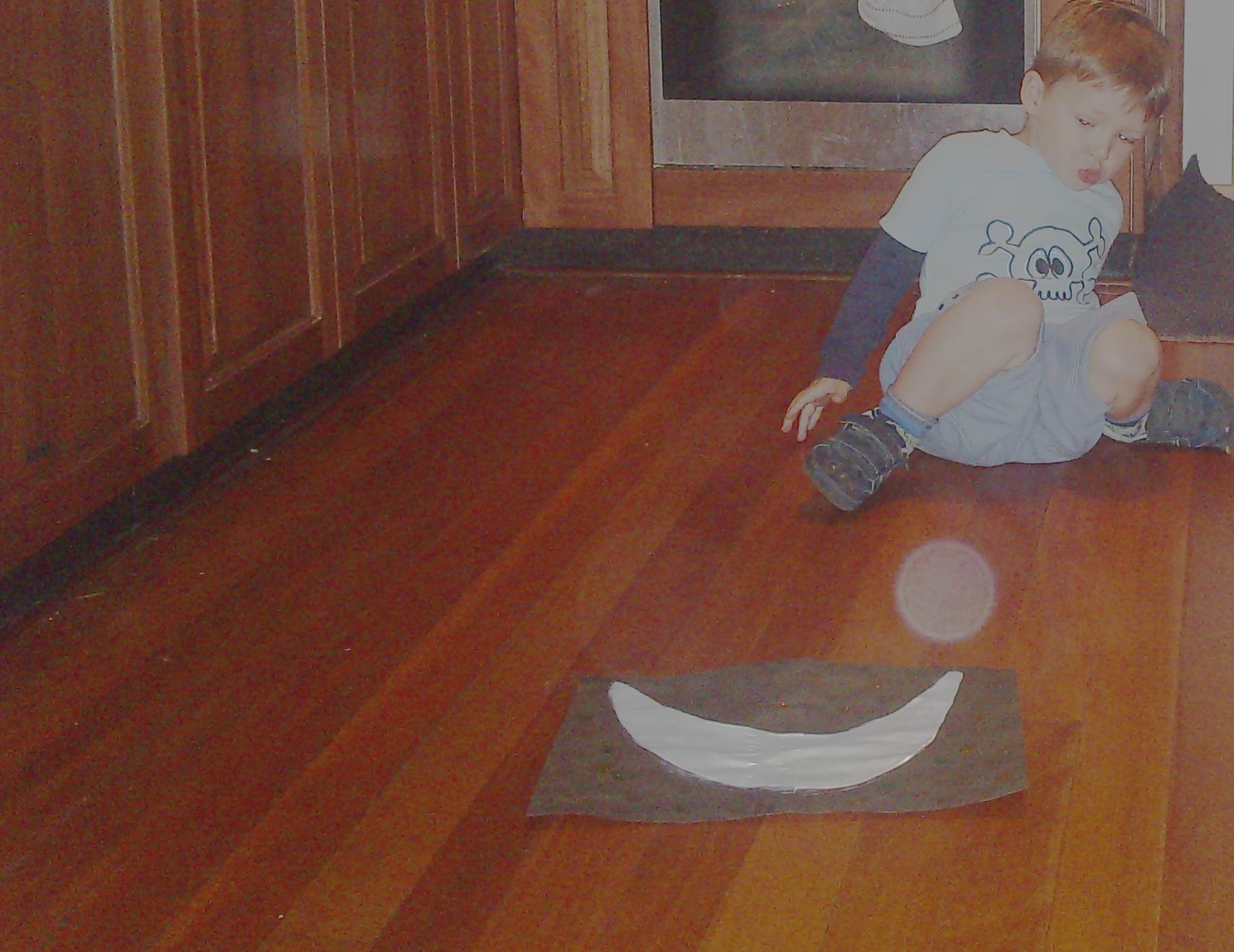 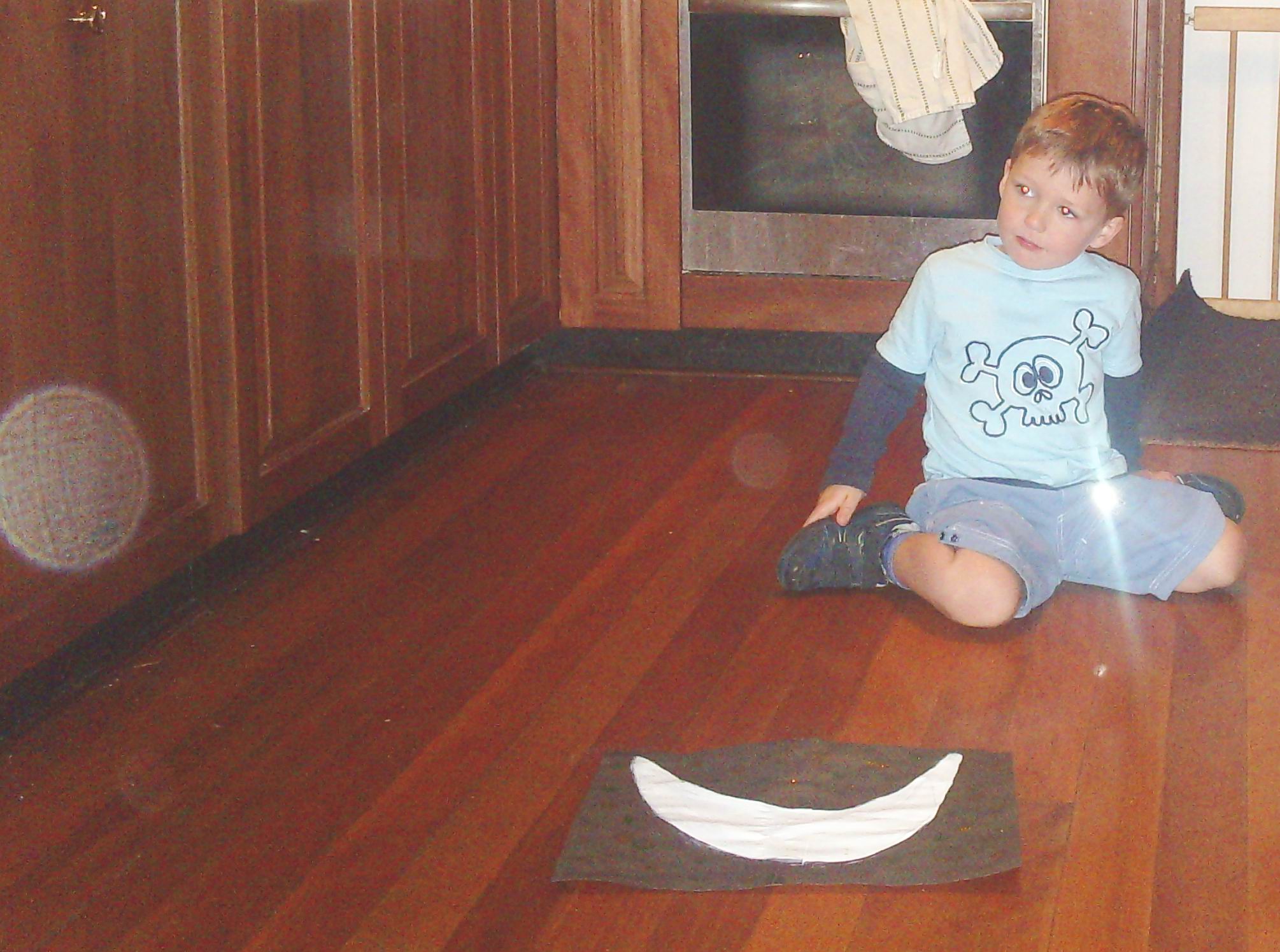 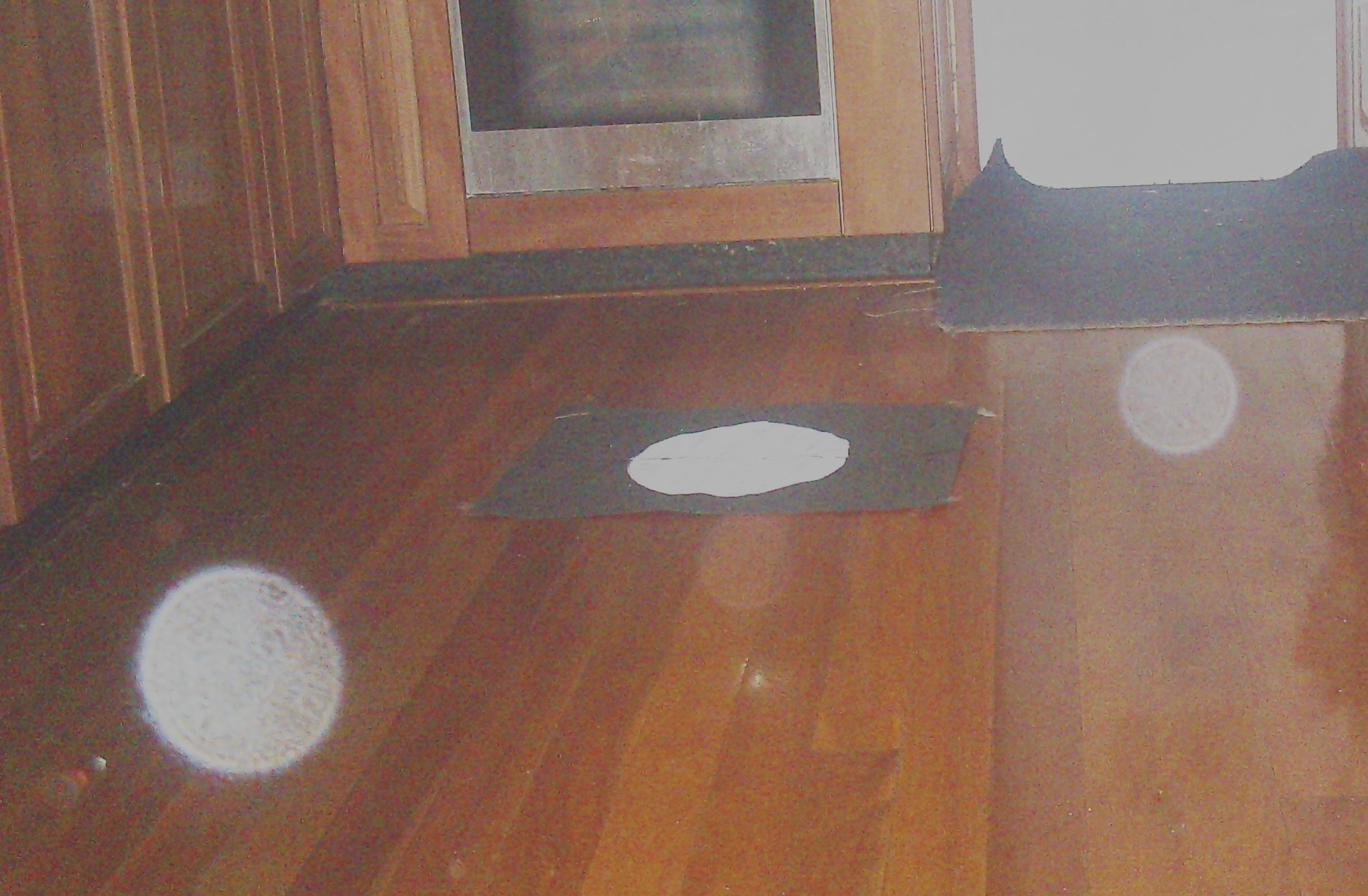 Right: Testing Intelligence of Orbs. Boy asked orb to appear in same size as paining of moon on paper on floor -- two orbs appeared, one in approx. size of small, the other of large axis

Below Left: Boy positions two tennis balls as "eyes" for a smiley face, then removes one ball and requests for an orb to take its place;
Right: An orb follows the invitation.

(Pictures and experiment by Melinda Davenport).